A parade by definition is a procession or march of people usually in costume and in some cases, accompanied by floats performed in an act of celebration. Gay pride or LGBT pride parades are an act of positivity in relation to the discrimination and violence towards gay, lesbian, bisexual and transgender people. The most recognisable item that immediately symbolises the pride parade is the rainbow ‘Pride’ flag which is also mentioned here.

The Irish Queer Archive which was deposited with the National Library of Ireland in 2008 and is now a part of the National Photographic Archive, Dublin contains a significant amount of material related to the history of pride parades in Ireland. The collection officially consists of 1,705 black and white prints, 610 colour prints, 696 colour plastic negatives, 8 colour plastic slides, 11 postcards, and 323 black/white plastic negatives that for the most part are un-captioned though not all of these are directly linked to pride.

The first Irish Pride Parade was held in June of 1983. Prior to this parade, a demonstration was held in March of the same year in protest against the violence that had been occurring against the LGBT community in Ireland. This one-day event has now transformed into to a ten-day festival in Dublin and a whole host of additional parades throughout Ireland – Cork, Belfast, Limerick and Galway for example – in celebration of the lesbian, gay, bisexual and transgender people. This movement and organisation of people and community would not have been possible if it weren’t for the publications that existed to spread news, about events and groups around Ireland.

“GCN is the longest continuous queer periodical in Ireland,It continues to be a unique and defining voice of gay people in this country and in time will become an invaluable historical document.”-Tonie Walsh

In 1981 Identity magazine was published by the National Gay Federation as a quarterly review. This was the among the first publications of this kind in Ireland with Sapphire in Cork in 1978, Corks Crew in 1977 being published earlier. However, due to the social and political issues at the time, advertising was difficult to obtain within the magazine which resulted in the magazine’s final issue being published in March 1984. Following on from Identity, Out magazine was Irelands first commercial lesbian and gay magazine. Through changing attitudes and retailers stocking the publication, Out managed to obtain quite a widespread audience throughout Ireland which led to its success. These two publications set the stage for GCN magazine in 1988 which was a free monthly magazine founded by Tonie Walsh, who had previously worked on Out magazine and Catherine Glendon, general secretary of the National Gay Federation.

On the 10 of February 1988, they published the first issue of GCN which was an 8-page newspaper providing information to the gay men, lesbians, bisexuals and transgender communities of the country. This was first published in a time before the internet and when homosexuality was illegal in Ireland, because of this the magazine became a significant tool for people of the LGBT community to engage with ongoing events as well as providing them with news regarding the community. GCN features articles ranging from music and film reviews to lifestyle features to celebrity new and interviews as well as articles covering more serious issues which are affecting the community at the times such reports on the decriminalization of homosexuality and the lead up to the marriage referendum. The magazine is still in production in 2016.

Selection of images from The Irish Queer Archive, analysed in The National Photographic Archive. 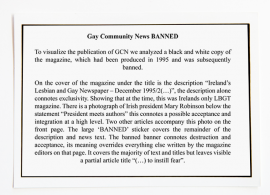 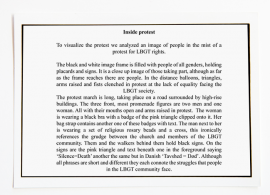 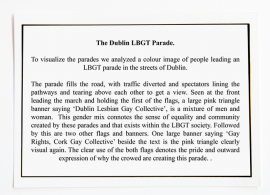 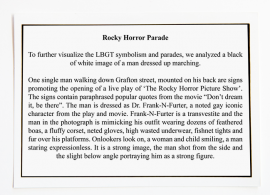 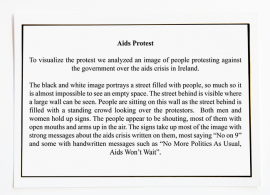 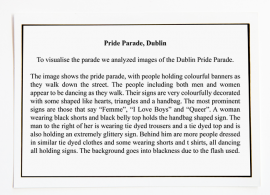 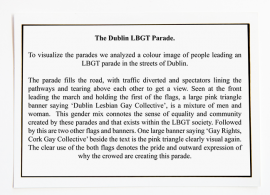 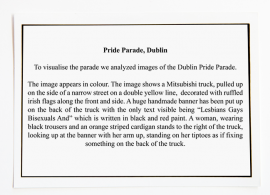